Australia Decides: Which Celebrity Couples Do We Love the Most?

There’s no better pastime than watching a relationship play out for our entertainment, right? Whether it’s a whirlwind overnight romance or a marriage standing the test of time, watching the tumultuous lives of celebrity couples could very well be considered an Olympic sport.

Australia Decides: Which Celebrity Couples Do We Love the Most?

With Valentine’s Day upon us, we decided to wade through the many red roses, overpriced chocolate boxes and grand romantic gestures to gift you something even better. Using the search marketing platform SEMrush, we dived into Australia’s search history from the past 12 months. This is what we found.

Pour a glass of your favourite red and find out which celebrity couples Aussies love to lust over.

The Celebrity Couples We Can’t Get Enough Of

(Average searches per month, over the last 12 months)

Love them or hate them, you knew Kim Kardashian and Kanye West were sure to make an appearance on the list. But surprisingly (or perhaps unsurprisingly to some), Kim and Kanye don’t take first place. Leading the monthly search volume at 11,590, Miley Cyrus Hemsworth and Australia’s own Liam Hemsworth are the crowned queen and king of our hearts.

It appears we do love homegrown romance, with Aussie power couple Keith Urban and Nicole Kidman coming in fourth. And while #relationshipgoals Ashton Kutcher and Mila Kunis are well-loved by the Aussie population, not all American sweethearts are as popular here as they’d be in the US. Funny duo Kristen Bell and Dax Shepard, along with the relatable Chrissy Teigen and John Legend, came in at the bottom of our search rankings.

Why do we care about them?

Liam and Miley just got married, so that’s probably why they’re topping our Love List this Valentine’s Day. And since 1,600 Aussies are searching for the deets on their wedding, it’s safe to say we’ve been hooked watching their romance play out – from falling in love on set in The Last Song in 2010 to their well-publicised breakup in 2013.

There’s keen interest over the expanding families of celebs. Searches are consistently high for everything to do with babies and kids with the Kunis-Kutcher clan (fair enough, their two kids Wyatt and Dimitri are pretty cute!).

And whether it’s for genuine inspiration or simply to make fun of them, almost 2,000 people are searching for Kim and Kanye’s baby names each month.

As for Keith and Nicole, it seems Australians don’t know really have a clue what’s going on with them. Are they divorced? Getting back together? A simple google search will tell. (Well, maybe.)

Spoiler: As of February 2019, Keith and Nicole are still happily married.

This is where it gets interesting. We love them together, but how do they stack up when they go up against each other? In almost every couple (with noticeable exceptions John Legend and Chrissy Teigen, and the Beckhams), the female icon brings in significantly more public interest.

And this doesn’t necessarily mean they’re more famous or make more money. Emily Blunt boasts more than double the search volume her husband John Krasinski recieves, yet his net worth is $5 million ahead of hers.

Ashton currently makes $200 million compared to $65 million wife Mila makes, but this bears no impact on her much higher popularity count.

The (Un)sexy Truth About Australian Searches

When we got down to why Aussies were searching for male celebrities less frequently compared to female ones, the answer was… disappointing.

Male actors and musicians had their names linked primarily to their work – their songs, their movies, and so on. But across the board, female celebs are subjected to searches with “nude” or “naked” following their name much more often.

Head down the rabbit hole, and results become steadily cruder. “Topless”, “sexy”, “sex tape” and “leaked nudes” are just a few of the common terms popping up no matter which woman it refers to. Suffice to say the sexualisation and objectification of women remains alive and well on the internet today.

This work is licensed under a Creative Commons Attribution-ShareAlike 4.0 International License. 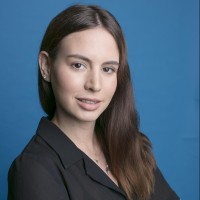 Tash is a Content Executive at Search Factory | iProspect. Her interests include making obscure TV references and avoiding social gatherings to spend quality time with her dog. Interestingly, she exhibits no signs of life when submersed in an excellent book.