Welcome to Digital Digest. Each week, we break down the biggest stories emerging in the world of digital marketing.

At a TED conference in Vancouver, Twitter CEO Jack Dorsey made this bold statement on his platform:

“If I had to start the service again, I wouldn’t emphasise the ‘like’ count as much. I don’t think I would even create ‘like’ in the first place, because it doesn’t actually push what we believe now to be the most important thing, which is healthy contribution back to the network.”

Apparently this philosophy isn’t lost on Instagram, who is reportedly trialling a system where posts’ likes are hidden from followers. Account holders will still be able to see how many likes their content received, but there’ll be no brownie points won by a post cracking 1,000 likes.

Social media definitely doesn’t carry the same trust and authority as some older platforms of advertising, so only time will tell if this change would impact the trust brands can build on Instagram.

It’s also worth considering what this would do to algorithms. Instagram and Facebook definitely put a high value on highly rated content, so there may still be a way for users to gauge what posts have been widely liked.

All of that being said – it’s pretty unlikely any permanent changes will be made.

Find out more about Instagram’s potential ban on likes on the TechCrunch website.

Just to be clear – they’re not cutting down the big one in South America. They’re after the one threatening to enter the online music scene.

Amazon reportedly made AU$4.3 million in 2018 from its Prime subscription service, but it’s also rumoured to be launching a free, ad-supported music platform. It’s also believed that they’d leverage Alexa to control the system.

To beat Amazon to the punch, Spotify is offering a free Google Home Mini to any Premium Family account holders. Once it’s linked to your Spotify account, you’ll be able to control your music, volume, and playback options via voice commands.

It’s definitely not just a smart move for Spotify. With the Australian market finally catching up in terms of home assistants and voice search continually on the rise, this gives Google a well-needed boost in the war against Amazon’s Alexa.

Read more on how you can get a free Google Home Mini this digital marketing story on Spotify’s website.

When you produce the world’s supply of motorised USB sticks, you’re bound to hold a little bit of data at your disposal.

Tesla appears to be turning their insights on driver behaviour into an insurance product. CEO Elon Musk has already heralded the soon-to-be product as “much more compelling than anything else out there”. That likely means they’re looking to convert their data on driving distances, crash rates, and other collectable data into an affordable yet profitable insurance package for drivers.

It’s also not the first time someone has taken a data-driven approach to predicting car accidents, with AXA bragging that they can already predict how likely you are to have an accident with 78% accuracy.

Check out more on Tesla’s reinvention of car insurance on the TechCrunch website.

Australia normally lags 2 years behind the UK in terms of digital marketing. That’s why recent data published by the IAB and PwC should give digital planners in Australia a significant warning of what’s to come.

To literally no one’s surprise, mobile is taking over desktop. For the first time in the UK’s history, more money was spent on targeting smartphone users over desktop users. On the content front, video is definitely the fastest-growing element of display, with around half of all video being consumed as native content (naturally seen in news feeds, rather than pre-roll ad content).

Long story short – static display ads could be a few years away from joining “the radio star”. 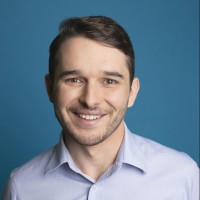 Jonathon works as Senior Content Executive with Search Factory | iProspect by day, then as a Tutor in QUT's Business School by night. He has worked across a wide range of clients and industries, including both B2B and B2C businesses and strategies.