Have You Been Calculating "Cost Per Conversion" Wrong?

Have You Been Calculating Cost Per Conversion Wrong?

I know what you’re thinking.

“The cost per conversion calculation is literally right there in its name. How could it be wrong?”

But look closely. You might just find a few numbers that don’t stack up in Google Ads.

Why does it do this?

The classic CPC formula would divide your total cost by the number in your “Conversions” column. But for Google Ads, this calculation only applies to verifiable conversions. This means the calculation removes the cost of any clicks that can’t be verified as eligible to produce a conversion.

Eligible clicks are those that have a genuine opportunity to turn into a conversion.

Here are some examples of ineligible clicks (i.e. clicks that can’t record a conversion and get discarded from the equation):

Do only verified clicks show in my “clicks” column?

Strangely, no. Google will show the total cost and clicks from all clicks within the interface.

However, the cost per conversion will only factor in the cost of eligible clicks.

Are ineligible clicks and invalid clicks the same thing?

No, they’re not the same.

So, how do I calculate cost per conversion?

This depends on your goal.

Not sure which way to go? Reach out to get some advice from our experts. Or check out our paid search glossary to see what other terms aren’t quite as simple as their names suggest. 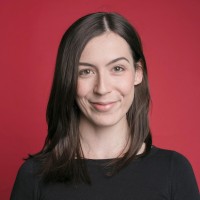 Believe it or not, Dani was originally a client of Search Factory! In her previous role as Marketing Manager for a national fitness training provider, Dani created and delivered campaigns across both digital and traditional media. As her role expanded, Dani brought in Search Factory (an excellent choice) to manage the digital components of her media strategy. Needless to say, she was wowed by the team and decided to join Search Factory's paid media department. In her 3+ years at Search Factory | iProspect, Dani has been instrumental in steering the paid media strategy of Brisbane's largest enterprise level clients across a broad range of verticals, as well as leading the Paid Media team. Her expertise in performance lies across a wide gamut of channels including search, social, display and video. Within iProspect she also engages as a Brisbane representative for iProspect's national Search and Social Steering Committees, helping iProspect achieve the ANZ Google Performance Honours Agency Award in the 'Always On' category.